Scaling solutions for the Courts

Rebecca Plummer is the Principal Registrar of the NT Local Court and Director of Local Courts (North). It’s a fast-paced role without a pandemic thrown in. But when COVID-19 hit, the pace easily tripled.

"Our team was trying to run the day’s court lists while keeping tabs on where the pandemic and restrictions were heading," Rebecca said.

"We were  constantly needing to evolve so the court could keep running.

"We'd build and test tech solutions after court was finished so we could continue to operate with the next restrictions – often having to predict what they might be."

At the same time, Rebecca managed the requirements for people who needed to work from home, while maintaining the strict confidentiality court work requires.

"The pace was so quick that we started 'incubators' – if a Local Court team member had an idea, we let them run with it to see if it would work. Those that did, we scaled to cover all the courts."

At one stage, the Children's Court had to be shut down while a potential exposure was investigated.

"Luckily, the team was already prepared to go offline, so we could continue court sittings with the Judge and registrar working from home, one person in the courthouse and all parties dialling in. It was a huge win for us, and access to justice that we didn’t ever come to a grinding halt."

"Although challenging, it was actually quite enjoyable working in the pandemic environment," she said.

"There was a collective will for people to be more caring and adaptable, willing to innovate and willing to give something new a try. Doors that had previously been closed were open. Hopefully that is here to stay.” 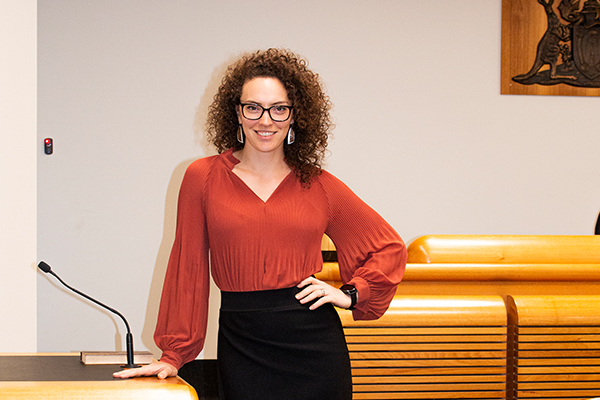 URL copied!
Back to top
URL: https://ocpe.nt.gov.au/people-and-planning/ntps-covid-19-heroes/meet-our-heroes/heroes/scaling-solutions-for-courts 20 January 2022, 12:44 am