Colleagues Rachael Shanahan and Larnie Batten have been working to support international students through the StudyNT ambassadors program.

Rachael, Director of StudyNT in DTBI, created the program for international students five years ago. Larnie now runs it and has taken it to a whole new level.

The program’s strong alumni and professional development in areas such as social media proved invaluable during the COVID-19 crisis.

“The first thing about COVID-19 was making sure students in the Territory were ok,” Rachael said.

“Both the current and alumni ambassadors assisted in this using the marketing and logistical skills they’d learnt in the program. They used their leadership and organising skills to support international students, many of whom had limited access to money because they’d lost their jobs.

“The alumni and this year’s ambassadors were amazing – they were worried about each other, and how they would survive. They really supported each other through the crisis.

“They organised meals for students and at one point were feeding up to 200 people twice a week.”

Rachael said she was tremendously proud to see the alumni and ambassadors bringing all the skills they learned in the program to support the 3800 international students in the Territory and keep each other safe.

“I had one small part in bringing that about – the international students were simply amazing. They just kept going to make whatever needed to happen, happen.” 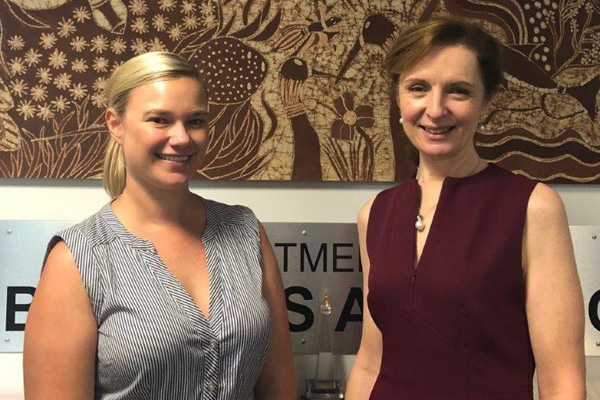 URL copied!
Back to top
URL: https://ocpe.nt.gov.au/people-and-planning/ntps-covid-19-heroes/meet-our-heroes/heroes/study-buddies 16 May 2022, 3:23 am