Senior Director Grants and Business Performance Bardia Bodaghi and his team developed and rolled out millions of dollars' worth of stimulus programs to support Territory businesses and jobs – and they did it fast.

"To achieve this, we were able to rely on fantastic goodwill from agencies across the public service, who loaned DTBI a range of staff members that were incorporated in the existing team and trained to assist with administering applications," Bardia said.

Team members, wherever they came from, embraced the work and got on with the job.

"We have also been blown away by the level of empathy shown for fellow Territorians who have not been as lucky as we have been throughout this period," he said.

The team has learned that, even operating in a highly process-oriented environment, leaving some room for 'creative chaos' allows for individuals' and teams' contributions to be incorporated, which then makes everything run better.

"Team members with the right attitude and work ethic have been shining, regardless of their level," Bardia said. 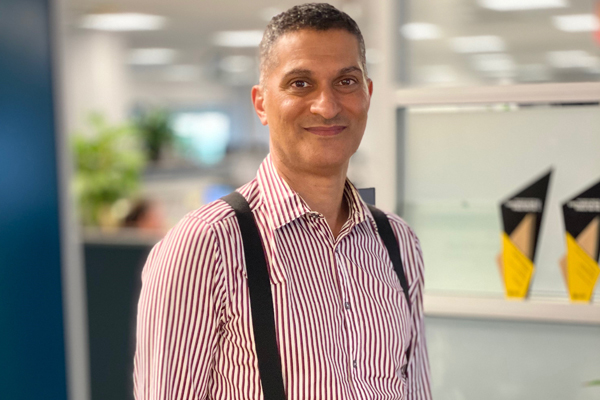 URL copied!
Back to top
URL: https://ocpe.nt.gov.au/people-and-planning/ntps-covid-19-heroes/meet-our-heroes/heroes/thousands-receive-a-helping-hand 7 October 2022, 12:45 am