Department of Infrastructure, Planning and Logistics

Neville first commenced his career with the Northern Territory Reserves Board at Howard Springs in 1971. During his career Neville worked across a number of parks and reserves in the Top End from Casuarina Coastal Reserve, Berry Springs, Howard Springs, Elsey, Gregory and Keep River National Parks in the VRD.

In 2005 he made a career change from Parks and Wildlife and became a Civil Technical Officer for the then Department of Infrastructure, Planning and Environment. Neville’s transition to a ‘roadie’ in 2005 with his 30 years of experience working in the Territory was a bonus to the region, not only did he have an in-depth knowledge of the road network, he also knew a lot of the people in the most rural parts of the region.

2005 to 2011 were big wet years in the region and there were many times, when Neville was called out in the middle of the night to attend traffic accidents or flooded roads. His ability and passion to drive the vast Katherine network, even as the years started to catch up, has been a feat that is truly something that those following in his footsteps will struggle to match.

On the 29th of January 2021 a farewell was put on by the Department of Infrastructure, Planning and Logistics to wish Neville all the best in his retirement. Many of Neville’s current and previous work colleagues spanning his 50 years attended.

Neville will definitely not be bored during his retirement as he loves his garden and wood work, Neville’s hobby is “Katherine Toys” where he makes wooden dolls furniture, children’s tables and other wood work creations on demand.

Unfortunately due to Katherine being in “Lockdown”, Mr Muggeridge could not attend the Chief Minister’s Awards for Excellence event to accept his certificate in person. CEO of Department of Infrastructure, Planning and Logistics, Andrew Kirkman accepted on Mr Muggeridge’s behalf. 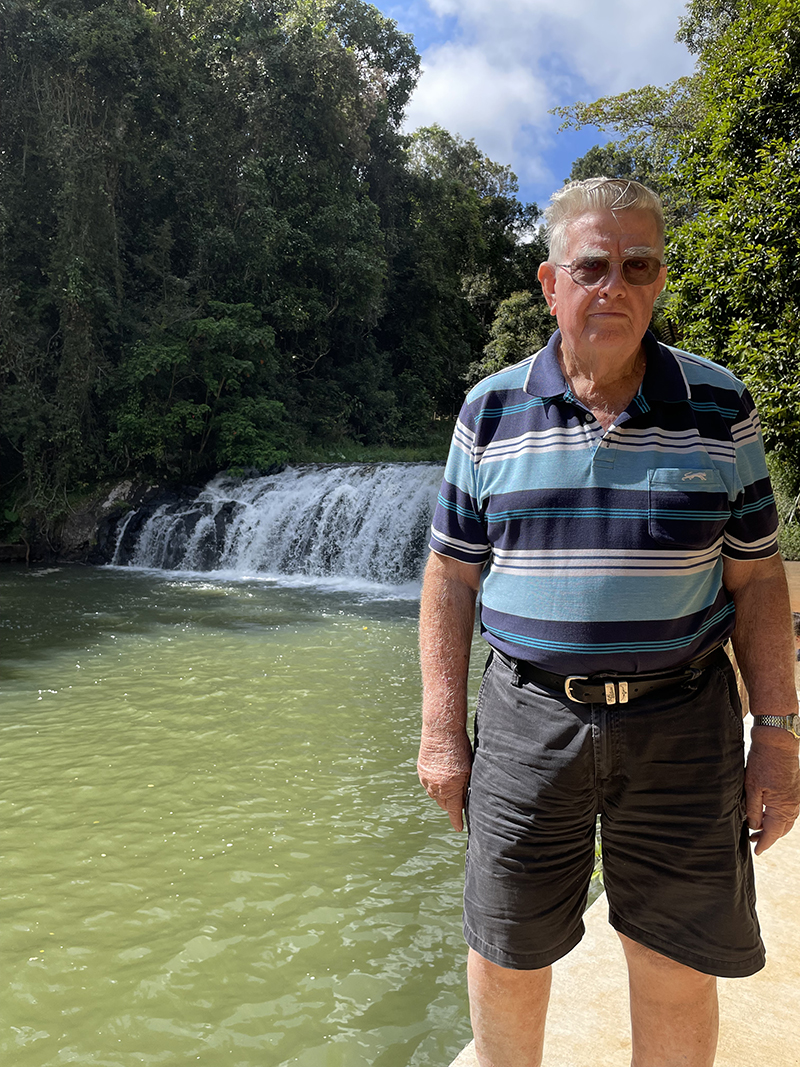 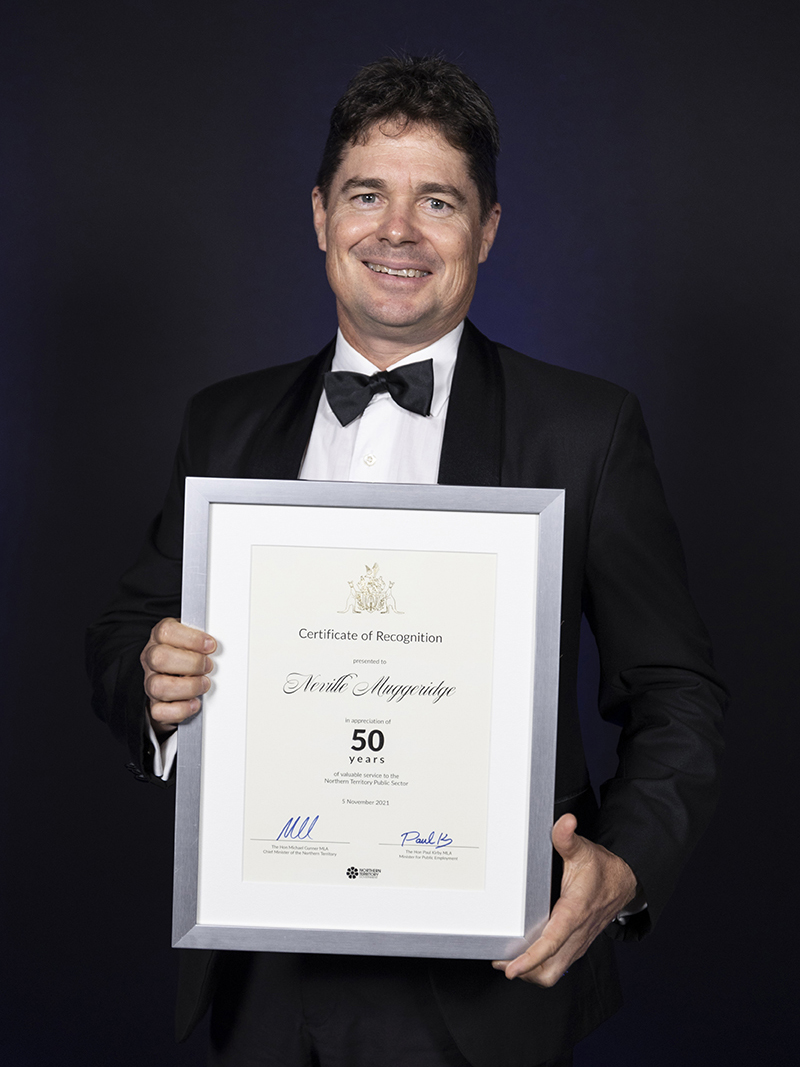 Back to the employee list
Back to top
URL: https://ocpe.nt.gov.au/people-and-planning/reward-and-recognition/ntps-employees/2021-recognition-of-service-milestones/50-years/neville-muggeridge 30 June 2022, 9:20 pm